Each year at its annual summit the Food and Farming Network recognizes an individual or group who has proven to be invaluable to the Network’s success.  The award is named after John Chapman, otherwise known as Johnny Appleseed, whose exploits to distribute and plant trees across the east coast in the 19th century made him famous. While a somewhat mythical or apocryphal hero, Chapman accomplished real feats of agricultural vision that we can all still bear witness to today.

The award, established at the 2013 Farm Route to Prosperity Summit, is our annual tribute to the volunteer efforts that drive this network.  Nominations are taken year-round. Please contact Network administrators for more information or to submit a nomination. foodandfarmingnetwork “at” gmail.com

The 2018 Chapman Award was presented at the annual Farm Route to Prosperity Summit on March 21st, to Kim Baker of Manna Food Project. To see the press release, click here. 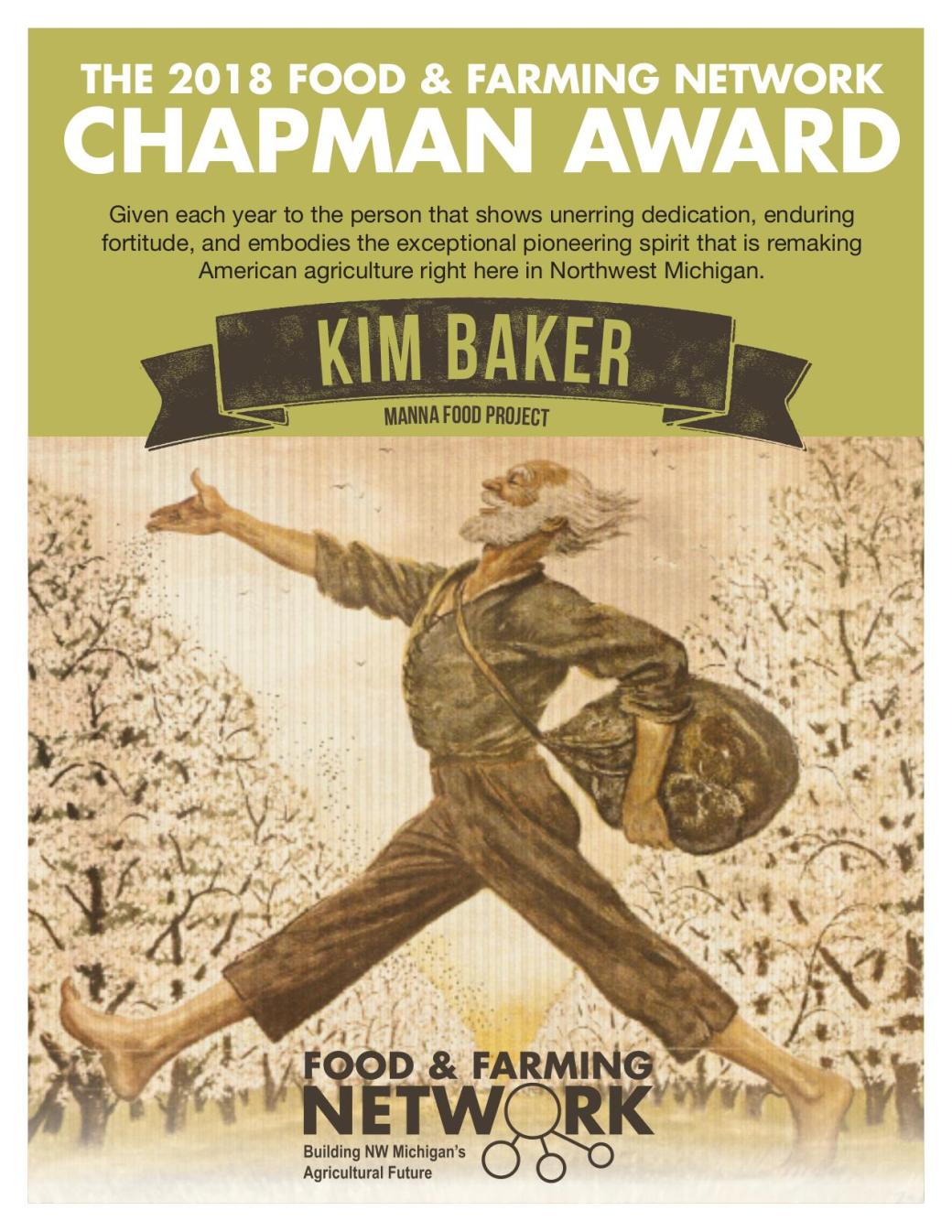 “Given each year to the person that shows unerring dedication, enduring fortitude, and embodies the exceptional pioneering spirit that is remaking American agriculture right here in Northwest Michigan.”